Virat Kohli is known as the “King Kohli“, “Run Machine” and “Chiku“. He was born on November 5, 1988, in New Delhi, India. He is one of the highest paid Cricketer in 2018 in India and Asia. Kohli is the Captain of Indian Cricket Team and is known as the stylish batsman of modern times, he played hundreds of time “bookish shots”(those shots which are not normally played but are included in cricket manual). He married to famous Indian Bollywood Actress “Anushka Sharma” in 2017.

It is believed that “after Sachin Tendulkar” Kohli is the man who can break all records as he has already 39 centuries in ODIs and 25 centuries in Tests. Virat is an aggressive, mature and very humble celebrity which is equally famous in Pakistan and India. He played his career-best knock-out against Pakistan and scored his highest 183 runs.

Genius Kohli has many records under his belt, he is the fastest batsman to cross “10,000” runs in just 205 matches which speaks about his mentality and approach to a game. He has millions of Pakistani fans even Legendary bowler “King of Swing” Wasim Akram usually talk about his batting style and the way he takes a game to another level. He has a calculated mind and knows what is the situation and how he must play and what is the required run rate.

Virat is the only successive player who leads India to win many matches alone. Along with “Mr. Cool“, “Mr. Reliable” MS Doni, he played superb knocks in difficult situations. If we only include his achievements, we need more than one thousand pages to cover it, however, we are sharing his awards which has achieved till to date. Kohli won several International Cricket Council Awards in his limited career at a young age, some of the awards and other achievements are stated as under. 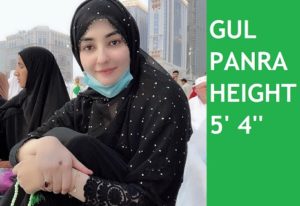