TED Williams from Brooklyn became an overnight sensation on internet media when his video was uploaded on Youtube.

A homeless person who spent 20 years of his life on streets and roads finally got a call from the top listed brands after his video became viral.

A video on YouTube at Jan 2011 was uploaded by a fan with a title “Ted Williams: A homeless man with a golden voice.” which became the top news of every channel and news agencies worldwide.

Millions of hits ultimately changed the life of this person and today Ted Williams is considered one of the best male voice personality on this planet. Let’s look at his first picture of the video which became viral on the internet.

1993 was the year when he finally gave the last touch to Radio and he became addicted to alcohol, cocaine, and drugs and fired from his job in 1994, he was addicted to drug abuse since 1986, which badly affected his life and he became homeless after losing his job.

He has 9 children and was living a poor living on the streets of Brooklyn, at days he used to stand in front of the road lights and created different voices, one person saves the video and posted on YouTube, that’s how his life changed in few days.

After the video became viral, he was called for an interview on Today within just 3 days. From there he started to save money for the homeless people and now planning to provide them a huge shelter for living. He said that his aim is to provide hope and fulfill the dreams of the homeless people.

His book “A Golden Voice – Ted Williams” sold like hot cakes not only in the USA but in other countries as well. His book broke several records and gave him a new life which has planned to serve for the homeless people.

Brooklyn boy was born in 1957 and raised in a good family. He served US army for three years and then was honorably discharged after completing training and attended school for voice acting.

At age of 14, he became Radio Announcer and from here his career started, he also worked for WVKO (AM) at night shifts.

1986 when he was celebrating a party with his friends on his son’s birthday, he used alcohol for the first time, he started it as a fashion and slowly it became a part of his life. He started to use drugs and alcohols on regular bases, overdose badly affected his health and he then was fired from his job in 1994.

A downfall already started when he was addicted, slowly it ruined his life and he was on a road having nothing in his pocket. He has 9 children, 7 girls, and 2 boys.

A boy made a video along with a voice and posted on YouTube which got millions of views in hours, people started searching online ” A man with a golden voice” that attained the attention of several news channels.

He wrote his book and it helped him to raise millions of dollars in a single year and made him rich. Just like his video, his book also became viral and sold out quickly. He signed a contract with a company for 6 figures in 2014. 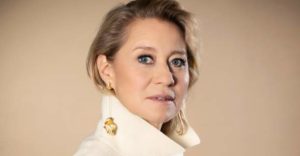