A voiceover says there is no city like Bhopal, there are love and peace here. Ram Dulari lives in one of these Bhopal’s areas. Ram’s daughter is shown sleeping. She sees a dream of dancing with her husband. It turns to be her dream. She wakes up to see her husband who sings for her. They both dance together. A voiceover says this is Ram and he loves his Dulari. Dulari says how can you never change?

You bring tea for me daily. Ram says your love never changed. Dulari says you sang the song which I saw in my dream. Ram says I saw you in my dream, I just saw love and love only. They both drink tea from the same cup but their servant Radha comes there and says stop. She thinks she is Radha. She says I will taste it first, she says this is not good for your health. I will make green tea.

She leaves. Dulari says Radha thinks you are her Prabhu. Ram says my life was a desert before you. Dulari says I can’t breathe without you. He is about to romance but she asks him to go and open the parlor. He says as you order. Dulari says to God that we never had a fight, my marriage now is 1 year and 9 months old, keep blessing our marriage like this but diya blows off.

She gets worried and thinks if there is an eclipse coming in their lives? Koyal is introduced. She thinks all men are behind me. A man says all are behind you and you want Ram? She says I am behind him for a reason as I have rejected everyone else. She asks her men to find out where is Ram now.

Dulari asks God what you mean by blowing the diya off? Radha says there is something wrong going on in Ram’s life. I saw a lipstick mark on his shirt. Dulari smiles and says Ram works in a parlor where women come and might share their problems with him.

I trust him completely. Radha says I am telling you something is changing in his life. Koyal gets to know about Ram’s address and books a house in his street. She says I am coming to disrupt your life. 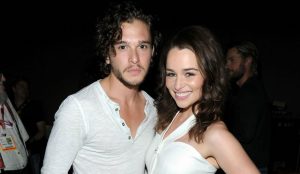