He often bowled and picked up the famous wicket of Lara on his first ball of his over. Inzi got fame from 1992 semi-final match where he played well and helped Pakistan to win the match. He was appointed as the captain of the team in 2003. Inzi retired from International Cricket in 2007.  He was just three runs away from Javed Miandad as Pakistan’s leading run scorer in Test Cricket. 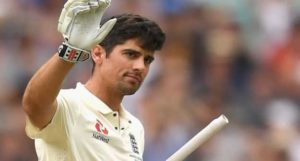