International Federation of Association Football is commonly known as FIFA was founded in Paris, France on 21 May 1904. It is the sole governing body of different associations like eFootball, beach soccer, association football, and fútsal. FIFA is also responsible to conduct major events like the World Cup and Women’s World Cup. FIFA organized its first Men’s World Cup back in 193o and Women’s World cup in 1991.

The basic purpose of FIFA is to monitor and organize competitions among different national and international association such as; Netherlands, Germany, Belgium, Spain, Denmark, Switzerland, and France, Headquartered in Zürich, today there are almost 211 national associations having FIFA membership. Members countries must also be the par or member of one of the Six Regional confederations into which this world is divided, these are; Asia, Africa, South America, North & Central America, and the Caribbean and Oceania.

FIFA is not held responsible to monitor or overrule any rule and policy associated with Football because it is the responsibility of the International Football Association Board. FIFA is majorly concerned with revenue generation and organizing the events. In 2017, FIFA had revenue of over US $ 734 million for a net loss of $189 million. FIFA has Cash reserves of almost US $ 930 million.

Different reports by investigative journalists were made that FIFA leadership was involved in corruption, favoritism, bribery, vote-rigging in the election of FIFA president Sepp Blatter, especially organizing, hosting and awards 2018 and 2022 World Cups to Russia and Qatar respectively.

U.S Department of Justice took notice of that and charged the concerned authorities in which 9 High-ranking FIFA Officials and Five Corporate executives who have been involved in this crime. on 27 May 2015, several FIFA officials and high-ranked officers were arrested by Swiss authorities who were leading another chapter of corruption in a different way, this separate criminal activity was also linked to 2018 and 2022 World Cups. Hosting of FIFA World cup 2018 and 2022 was preplanned activity.

After this incident, Sepp Blatter and Michel Platini were suspended by FIFA. In 2017, reports were publically announced, however, President of FIFA Gianni Infantino tried to protect the concerned culprits. 11 of 13 committee members were removed including the Chairman. 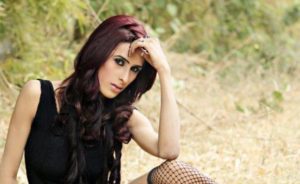