IPL is a limited overs game and is considered one of the major T20 Cricket leagues being organized Worldwide. The first season of IPL started in 2008, the purpose of making IPL was to promote and flourish new talent not only in India but from other countries as well.  The Board of Control for Cricket in India (BCCI) took challenging and risky steps to launch such limited-overs league in Asia but Indian Cricket board put the estimated base price of the franchise for US $400 Million but it was closed to US $723.59 million which was totally unexpected, since then, IPL has been considered the most secure place to invest. Lalit Modi was the founder and the former Commissioner of the league.

IPL has unique records, it is the most-attended cricket league till to date in Asia, in 2014 it broke the overall record of audience attendance with full capacity and ranked on 6th position comparing to all other sports leagues including Football leagues. IPL is also the first league to broadcast live matches on YouTube in 2010. According to Duff & Phelps, the brand value of IPL in 2008 was US $6.3 billion.

IPL was formed in 2007 and was majorly funded by Zee Entertainment Enterprises initially, ICL and IPL were two different leagues, major conflict was between the members of IPL and ICL not with the Board of Control for Cricket in India or the International Cricket Council (ICC), therefore, both leagues were operated differently. The BCCI took an initial risky step and increased the prize money to prevent players from taking part in ICL. Board of Control for Cricket in India also called ICL which is a rebel league.

Lalit Modi, who is the mastermind behind this league, first announced the launch of IPL on 13 September 2007 and also spelled out the details of the teams, players, tournament, format and prize money. He also clarified that format of the league was similar to NBA in United Stated and Premier League of England. He explained that they were working on this idea more than two years ago but were afraid of the knee-jerk reaction to the ICL as ICL was badly rejected and faced financial ongoing turmoil and the league was frozen right after the first season.

Most Valuable Player (Having most MVP Points) = Rs. 10 Lakh + Trophy 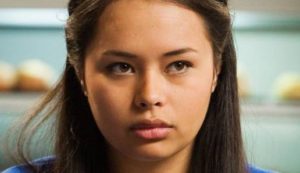